At work (at Q42, check it out) we started using Envoy for some use cases. Envoy is a very customizable proxy. Think of it as something like NGINX, but with more dynamic configuration possibilities (NGINX Plus probably also has these, but that is behind a paywall). In this post I’ll explore how you can dynamically configure it, via its control plane API called “xDS”.

Fri, Nov 11, 2016 One of the celebrated features of Play (at least for me) are the built-in form validation and the JSON parsers and combinators. While the team behind Play wants everything to be reactive, they have not build in support to become reactive on the front-end too: Play supports classical HTTP requests and form posts, but the defined form validation is not easily available in say, JavaScript. Looking at all the work done to expose the Routes to JavaScript makes me wonder why no-one made the validation available too.
Read More…

Mon, Oct 10, 2016 Browserify does not like to eat his own output. When creating a npm library that is browserified make sure to derequire/minify the output so it can be reused in other projects without mystical ‘Cannot find module X’ errors where X is some file you know nothing about. Possible fixes found in the wild: Setting noParse for bundle A in the bundle B operation; or Running the standalone bundle through derequire; or Minifying the bundle Summary,
Read More…

Thu, Aug 25, 2016 Once in a while I’m reminded that good API design is of vital importance. Today was such a day. Everybody developing for either Android or iOS platforms knows that one often needs to run something when the view is loaded or when it will appear. Both platforms provide nifty ‘callbacks’ for this: It is good practice to start listeners onStart and cleaning up onStop (or other equal pairs). This is all good, and if we want to share functionality we simply create a subclass of UIViewController or Activity and we put the shared logic there.
Read More…

Fri, Jun 24, 2016 Recently a new energy meter was installed in my home. The new meter is a so called Dutch Smart Meter which means as much as that it is a digital meter instead of the good old Ferraris meter, it will send its usage data to the network operator via GPRS and has a “P1” port which is just a regular RJ11/RJ12 socket over which it transmits using the DSMR protocol (v4.
Read More…

Thu, Jun 9, 2016 One of my projects is building my own timing system for speed skating. I have some ideas of how to build this, but to be sure of the feasibility and needed components I decided to ask some help on reddit/arduino. It is a good description of the project too: In ice skating and speed skating they employ Photoelectric Retroreflective Sensors (lasers) to time passing over the start/finish line. As a hobbyist ice/speed skater I want to build such a system so we can organise competitions with our club, and time results precisely.
Read More…

Mon, Apr 18, 2016 Normally as a programmer Float’s are more than precise enough. During one of my projects however I had some serious headaches because of it. At start of the project I was rolling my own points in 3D-space, just a fancy wrapper around 3 Doubles. When I needed more vector powers (cross products, quaternations, rotation matrices) I switched to com.github.jpbetz.subspace.Vector3 from https://github.com/jpbetz/subspace. This Vector3 uses 3 Floats internally, which was fine, cause it wouldn’t make that much of a difference, I thought.
Read More…

Thu, Apr 7, 2016 Inline skating is one of my favourite things to do during summer, and I love to explore new routes. With skates however the road quality is very important. If the asphalt has too much gravel the skates shake heavily and the experience is awful. Strava, logging activities for cycling and running has had Heatmaps for quite some time. Also their Route Planner integrates the same data and uses *popularity* to snap routes to frequently traveled roads.
Read More…

Tue, Aug 11, 2015 Note to self: whenever you try to animate a view that is either GONE or has height 0 this will not work the first time. The moment the user touches the screen or an UI update is triggered only then will the animation start. Of course I found this Stack Overflow question about not starting animations, but the view was defined as being VISIBLE. I also explicitly made the view visible in code – just to be sure – but this was not enough.
Read More…

Sun, Mar 15, 2015 So you’re making yet another Scala app and you need to parse or write some data to file/database/webservice. What do you do? If you’re not already inside an (awesome) framework like Play Framework you will probably search “Scala JSON” and find something like Spray JSON. That’s what I did. So then you write: import scalax.io._ import spray.json._ import DefaultJsonProtocol._ val jsonString = largeMapObject.toJson.compactPrint Resource.fromFile("someFile").write(jsonString)(Codec.UTF8) … and you get an exception upon either writing, or parsing this string after it was only partially written.
Read More…

Sun, Mar 1, 2015 Today I disabled the NewRelic JVM agent on one of my projects. While the Play Framework server was outputting a ZipOutputStream to a client, the NewRelic agent would for some reason gather massive amounts of data and cause the JVM to Garbage Collect continuously until the app became unresponsive, and finally crashed: Uncaught error from thread [play-akka.actor.default-dispatcher-33] shutting down JVM since 'akka.jvm-exit-on-fatal-error' is enabled for ActorSystem[play] java.lang.OutOfMemoryError: GC overhead limit exceeded Uncaught error from thread [play-scheduler-1] shutting down JVM since 'akka.
Read More…

Mon, Mar 31, 2014 It has been quite some time since the last post on Open Directory on this blog, but I wanted to share something i found out about OS X Mavericks as a OD client. Let’s face it: running a non-Apple server for Apple clients is not your ideal, one-click-solution. It is not officially documented and the blogs are sparse, and more importantly: dated. Most how-to’s date back to 2009 or even older.
Read More…

Sun, May 5, 2013 For a website of a music band that I’m currently developing, I needed a onscreen playlist controlled by javascript. The features are: Save the songs in the same .playlist as the currently playing audio-tag. Save current seek time of the playing audio-tag as it changes. Save current song in the .playlist, so the index. Restore the playing playlist on page load in a .playlist-player element if this exists. This way the audio keeps playing when navigating through the website.
Read More…

Scrolling through my twitter timeline I read a tweet from Zef Hemel and found myself reading his blog the complete afternoon. One post that catched my attention was entitled “Never Commit to Master”.

WhatsApp, running on your computer

Sun, Jan 13, 2013 I previously wrote about playing WhatApp through VNC on your Mac, but this wasn’t useful if you didn’t have a phone near. Anyhow, there has been some development in the reverse engineering of Whatsapp and there are also some great emulators available right now, so I would like to introduce to you: Bluestacks running WhatsAppWarning: you can only have 1 device connected to WhatsApp at the same time. Once you have entered the verification code on your computer, you can’t use WhatsApp on your phone anymore until you reactivate WhatsApp on your phone.
Read More…

Last year I published my Ultimate Single Sign On tool for setting up a perfect Home Server. The work on this project is not yet done and I can use all the help you guys can offer me. Setup is easy: just use VirtualBox, Ubuntu Server and install after a git clone of git://github.com/hermanbanken/Ultimate-Single-Sign-On-Enviroment-Installer.git. 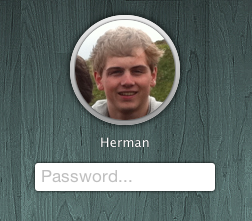 When you have this (or your own working LDAP server) up and running your users can login on Mac OS X and Ubuntu and can use their home directories and stuff. But they can’t change their credentials and user info, till now..

LDAP Control is a control centre for your Home Server where your users can manage their data (feature #2) but can also start and plan backups (feature #1), browse your families Address Book (feature #3), manage your favorite series and movies through the media centre (feature 4), and much more (when you guys help me).

Wed, Jun 15, 2011 When I first made my installer for OpenLDAP I did this for my own convenience. But while doing so I realized the script could be useful for more people and I published it on my blog. Then it became big, and I invited Sean to write for my blog about this project. For Sean and you guys I just made a git repository on GitHub so anyone can edit the installer to be the best (and first) SSO-installer ever.
Read More…

WhatsApp on Mac or PC

Mon, May 23, 2011 Update 13/01/13: run WhatsApp on your pc/mac without a phone/VNC! WhatsApp is a fairly new App for multiple mobile devices. Due to the App Store, Android Market, etc. it grew huge in just a few months. Especially since people started to use them as a replacement for SMS chats and because your identity is based on your mobile number. I think WhatsApp as a service has one disadvantage: it only works on mobile devices.
Read More… 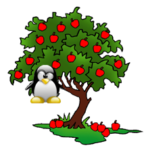 Having a home server can be very useful when having a lot of computers at home or having a lot of machines with different capabilities. User can then choose which computer they want to use and will always have their home directory, group folders and shares right at the dock. Very convenient. But then you start to think about redundancy and data safety. What happens if your single home server crashes. All files and a lot of work will be lost. So there is a need for backups and since we’re using Mac OS X Server I started to look at Time Machine for backing up home directories.

Lately I have been busy trying to get my Mac clients to bind to OpenLDAP. I found the learning curve of OpenLDAP very steep. Almost 2 years ago now I did some experimenting with OpenLDAP and quitted because of the lack of tutorials that actually worked at once. I hoped to find an install script that could take away the pain of the configuration. Right now I’ve written one myself and if you just came for that, go on and skip to the download section.

Once you go Mac…